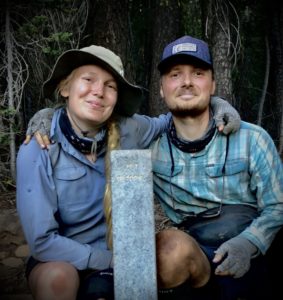 White, shimmering mountaintops, picturesque sceneries, rugged mountain paths, and endless expanse. Scorching sun, freezing cold, darkness, stormy winds and rain, hail showers, snow up to your waist. Snakes slithering by your feet, a million mosquitoes humming around your head, wild animals stealing your food and equipment, bears visiting your camp posing a constant threat. Complete silence in the midst of nature. For the past three months, all these have been a part of the hiking trip across the US that Unikie’s Talent Agent Minne Dima is taking together with her husband Oliver Dima. They are living their dream, one day at a time, becoming one with nature.

The trip they embarked on at the end of March, starting from the border of Mexico and following a string of nature reserves towards the Canadian border, is going according to plan. To date, they have walked a whopping 2,150 kilometers, and the couple just reached the impressive half-way mark on their trip. Everything they need for the whole six months they carry with them. Their backpacks weigh anything between 10 and 20 kilos depending on how much food, water, and equipment they have.

The hikers’ everyday life is all about advancing on the trail. Minne and Oliver walk for 12 – 14 hours per day. Breaks take about 2-3 hours, so that leaves 8-12 hours of active walking each day.

”That sounds like a lot, but the time passes quickly and the hours just kind of fly by when we’re walking”, Minne tells us.

The couple has picked up their pace considerably along the way. During the first days about three months ago, we had to stop and rest our aching backs because of the heavy packs every few miles, but now we’re moving along in three-hours sets.

”It feels like out condition has improved significantly. In the past days we’ve been walking in three-hour cycles – meaning full speed ahead for three hours, a short break, then three more hours of walking – and we keep doing that from morning till night,” says Minne. 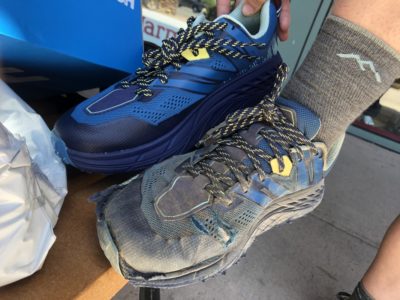 Moving forward involves a lot pf planning too. There are villages along the trail and the progress from one village to another must be planned so that they always have enough food and water available. Also, they must consider the circumstances and prepare accordingly as sometimes they are at nature’s mercy for as long as ten days at a time. Their shoes also take a constant beating and that’s why several pairs will be worn out during the trip. To reach the halfway point, they have both already used up a couple of pairs.

If the endless kilometers have taken their toll on the feet all along the way, a true test of character came in the Sierra Nevada mountains where the couple hiked for three ten-day stretches between villages. The terrain was the roughest they had encountered yet, and the high altitude posed its own challenges as well. They also needed extra equipment in the mountains and that made their packs even heavier. The food they needed for a ten-day period alone weighed six extra kilos.

The brutal circumstances in the mountains made life difficult both physically and mentally. Minne describes her feelings in her blog quite well:

”As we set out to cross our first mountain in the early, dark and cold morning at four am, with frozen limbs and a backpack heavy with food supplies, I hobbled uphill on a steep path and spent a few moments seriously contemplating leaving the Sierras – it was all just too much for me. It was all terrible and I felt physically that I simply cannot take one more step. But stopping was not an option either because my shirt, soaked through with sweat, would have turned icy cold in a moment. Well, amidst all that initial shock and feeling devastated, I mentally encouraged myself with just keep walking. Because that’s what usually gets you through a rough spot: Just keep walking. Even though I didn’t feel like I had the energy for it, I kept putting one foot in front of the other, and all of a sudden you’re at the top.” 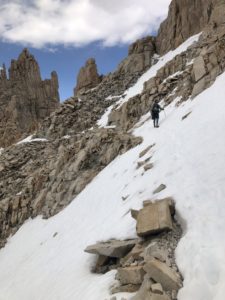 The hikers also had quite a few dangerous encounters in the mountains. The trails – narrow, slippery, and sometimes snowy – made walking on the mountainside dangerous, even life-threatening.

”I personally witnessed two people almost plummeting down from the mountains as they slipped. Both were left dangling from the side of the mountain and had to be rescued by an outside party. Another time it was me and Oliver doing the rescuing”, Minne tells us in her blog.

The immense beauty of nature in the mountains was, however, worth all the sweat and pain.

”Getting through the day up there in the mountains was so much work that I never actually realized the greatness of it until later.”

The trip has included many unique experiences that can only be achieved by hiking. Minne says that most of these were impossible to foresee. Living completely at the mercy of nature is in itself one of the things that you have to experience to fully understand what it means.

“There was no way of knowing beforehand what this would be like. Maybe the most surprising thing was how tough it is to be outdoors all the time in bad weather. It’s totally different in normal life as you can always end up indoors no matter what”, Minne describes their everyday circumstances.

“Here, you really need to take on a lot of stuff. There can several consecutive days of intense heat, or of freezing cold. The weather can really go from one extreme to the other. Just like a complete change of scenery can be a short walk away, so can the weather change very suddenly”, Oliver continues. 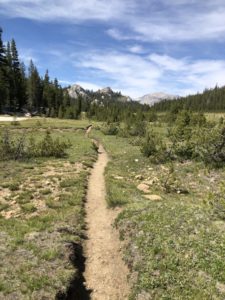 The huge diversity of terrain and circumstances, and the rapid changes and extremes of weather in particular, have sometimes been hard to handle. Oliver says that the journey’s most challenging things for him have been the desert heat and the Sierra Nevada mountains with their differences in altitude, the deep and slippery, snow-covered mountaintops, and – at first – the high altitude.

“Walking is fun and not irritating at all. I feel privileged to be able to spend all my days in the nature. But physically, I’ve been more or less exhausted”, Oliver confesses.

When life is this physical and we spend all our days on our feet, small injuries are par for the course. The blisters you get on your feet at the beginning are a painful problem. At worst, it led to Oliver losing all the skin off his heels and – as we really didn’t want to stop – he walked 80 kilometers in sandals!

“We have had to accept that pain is an everyday companion. Whether it’s your soles, heels, ankles, knees, hips, or back – there’s a constant ache or pain somewhere. Luckily, we’ve avoided any major injuries thus far. A few weeks ago, Oliver had such severe cramps in his calves that we had to stop walking and rest for a while off the trail. In three days, Oliver’s legs were all right again and we could resume hiking”, says Minne.

For Oliver the physicalness is the biggest personal challenge, but for Minne the hardships take a more mental form.

“This has definitely been more difficult mentally. No matter what, it always comes down to a mental battle of how to keep on walking even if it hurts, when I don’t feel like doing it, I’m tired, hot, cold…whatever. It’s not easy to say what are the single most challenging parts of the trip. No day is easy, you must always walk your share and sometimes even seemingly easy circumstances can feel difficult – when, for instance, you’ve given your everything on the previous day and then some, you’re just left with a feeling of being completely drained”, Minne describes.

When you tackle mental and physical exhaustion, nature can provide a counterbalance with its silence and restful moments. Minne says that when you’re walking, your thoughts concentrate on the near future: how long is it to the next stop, what are you going to do while resting.

“When you’re walking the hours just fly past. I’m not even sure myself what I’m thinking. But there are considerably less thoughts and ideas going through my head compared to normal life. It feels like I have finished clearing my head and all the extra stuff is gone from my brain, and the remaining few things are in good order”, Minne reflects.

“I don’t think I’ve ever been so free from stress and had such peace of mind as I now do”, she continues. 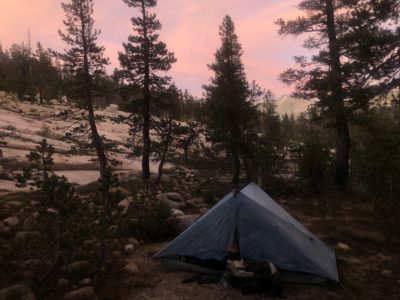 So – the couple is halfway there and neither of them miss anything particular from normal life. Oliver mentions their dog Amelia, whom they naturally miss, and Minne jokes about having clean smells around them – but the couple is clearly enjoying their life here and now, and they are ready to embark on the other half of the adventure. So – bring on the new experiences. Continue on a safe path!

Self-Driving Cars 2020 and beyond 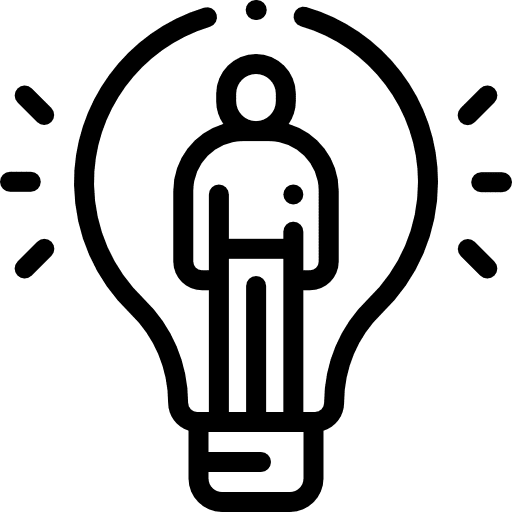